Canon Jessica Jones was raised in the parish and diocesan ministry. She has served in a variety of positions, including as a worship leader, as a Director for Christian Formation, and as an Executive Pastor. Jessica’s educational experience has set her up to blend education, worship, and theology; she holds an undergraduate degree in Music Education, a Master’s Degree, and a Specialist's Degree in Educational Leadership, a Doctorate in Worship Studies, and is working on her Ph.D. in Educational Leadership. Her current areas of study include engaged learning and reflective catechesis. Jessica is the Associate Academic Dean, Thesis Director, and Professor at the Webber Institute for Worship Studies, and she currently serves as the Canon for Next Generation Discipleship in the Gulf Atlantic Diocese. Her areas of interest include education, worship and liturgy, catechesis, family ministry, and ministry to women. 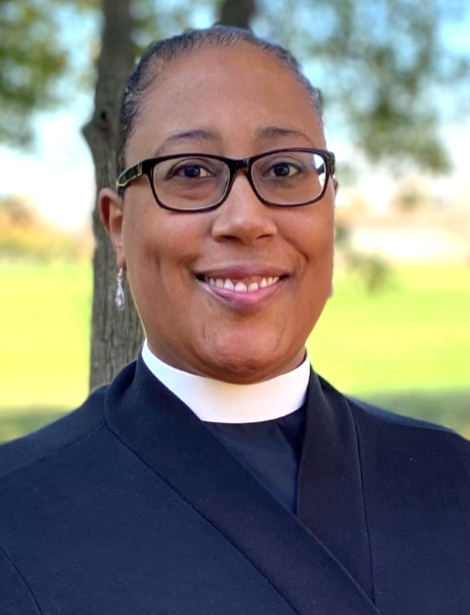 Canon Diane Reece is a community chaplain in and registrar for the Jurisdiction of Armed Forces and Chaplaincy (JAFC). Diane is also a member of the Anglican Multiethnic Network (AMEN) leadership team serving as the contact person for AMEN Worships. Prior to her vocational shift to ministry, she served as a non-commissioned officer in the United States Air Force managing operations in various Air Force wings and squadrons around the world. Canon Diane earned her bachelor's degree in Operations Management with a focus on Human Resource Management from Campbell University. As a daughter of the House, she graduated with a Master of Divinity from Nashotah House Theological Seminary. In her personal time, she is a professional life coach and mentor. Diane loves God and has the heart of a servant-leader. She is excited to spread the word about the great work of NGLI to the entire ACNA Province. 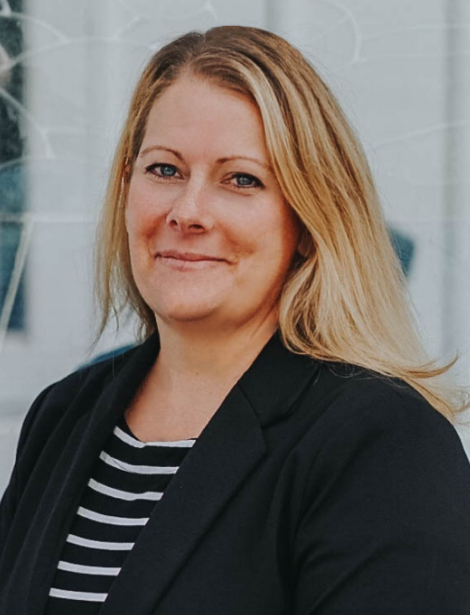 Mrs. Jessica Greiner currently serves as the Youth and Family Ministry Director for All Saints Anglican Church in Peachtree City, Georgia as well as Director for Youth and Family Ministry for the Anglican Diocese of the South under Archbishop Foley Beach. For the past ten years at All Saints, her foundational goal has been shaping children and student ministries in the areas of education, discipleship, mission, and outreach. She directs her ministry staff as a relational, team leader, equipping them to serve in God’s life-changing love and grace. In her role as Canon, Jessica curates resources and networks with churches empowering leaders to reach the next generation. As a homeschooling mother for over 15 years, she has shown a passion for educating and discipling her own children and the children within her purview. Prior to her call to ministry, Jessica served as a Logistics Analyst for the U.S. Army Reserve Command as well as a Human Resources Director. 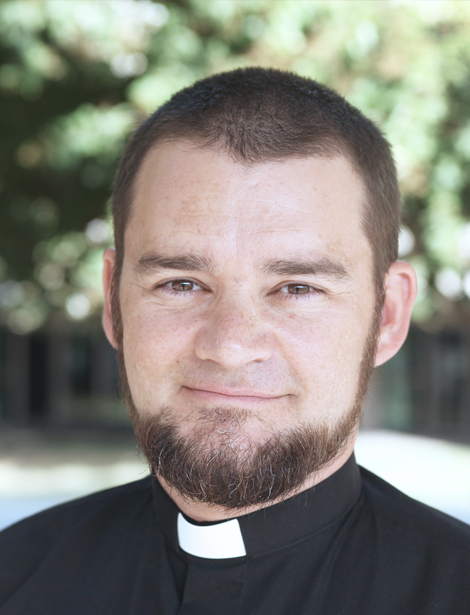 Rev. Aaron Buttery is deeply committed to the raising of generations of spiritual leaders and followers of Jesus. As a 20+ year Next Generation ministry leader, a two-time Church Planter, and currently an Executive Leadership Coach with Spiritual Leadership Inc., he has also served in a variety of other student ministry and diocesan leadership positions. He is particularly focused and passionate about the relationships and systems that empower young people to follow Jesus and lead others to him. Aaron currently leads as Associate Rector of International Anglican Church, Colorado Springs, Colorado, and Next Generation Leadership for the Diocese of Churches for the Sake of Others (C4SO). 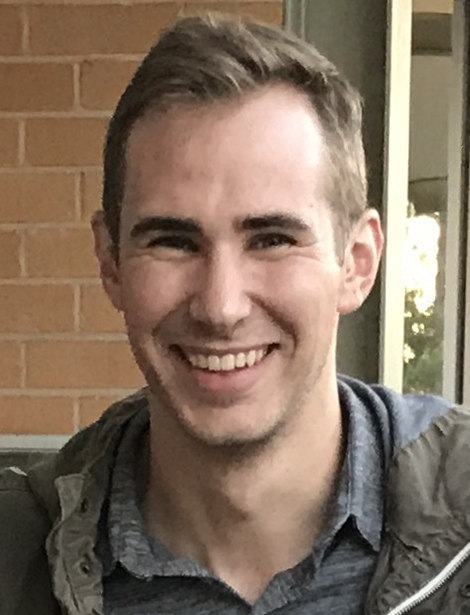 Mr. Peter Lebhar serves as the Team Leader for InterVarsity Tallahassee, overseeing the ministry at Florida State University, Florida Agriculture and Mechanical University, and Tallahassee Community College. Peter is a diligent servant-leader in the Anglican church.  He works to equip churches to reach college campuses through strengthening partnerships with national para-church ministries such as Cru, CCO (formerly the Coalition for Christian Outreach), and InterVarsity, and through connecting Anglicans who are seeking to reach their local college campus. Peter longs for Church unity, both denominationally and culturally. He also has a deep love for the ACNA and the global Anglican communion. 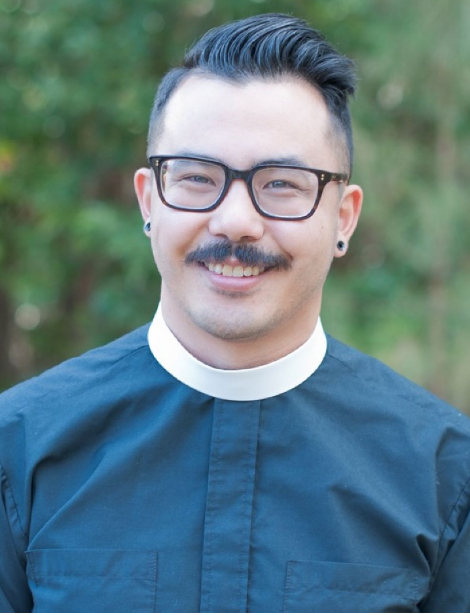 Rev. Taylor Ishii grew up in the church, but has called the Anglican Church his home since college. He is a graduate of Wheaton College and Fuller Theological Seminary. Taylor has worked at Anglican churches of all sizes, from church plants to large congregations and everything in between. He currently serves as the Director of Student Ministry and Assisting Clergy at Church of the Apostles in Fairhope, Alabama. Taylor is passionate about equipping the next generation of ethnically diverse leaders for the Anglican Church, as well as coming alongside dioceses and congregations who are wanting to reach all nations and people groups in their community with the gospel. Taylor is a leader in the Anglican Multiethnic Network (AMEN) as well as a leader in a local group of churches working towards Christ-centered racial reconciliation through the church in South Alabama. 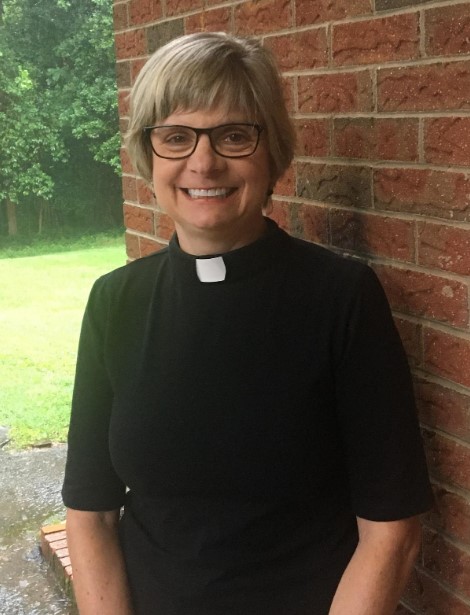 Rev. Lucy Albert serves as Pastor of Connections at All Saints Anglican Cathedral in Amesbury, Massachusetts. She earned a B.A. in Religious Studies from Virginia Commonwealth University, where she discovered a passion for ministry leadership as president of the VCU InterVarsity chapter. Those skills developed further in the context of a Christian business networking group affiliated with a chamber of commerce while Lucy brokered real estate in the 2000s. Having stumbled into Anglicanism in 2011, Lucy discovered a call to vocational ministry and then a venue in which to pursue her primary ministerial passion: recruiting and equipping women leaders in the Church. She has served in diocesan leadership roles within both ADOC and ADNE. As the mother of three young men, she enjoys ample opportunities for outdoor adventures. Lucy and her husband, Frank, are avid off-road tandem cyclists and love riding throughout all four seasons of the year. She remains convinced that there is no better metaphor for life with God than flying through the woods on the back of a tandem bike. 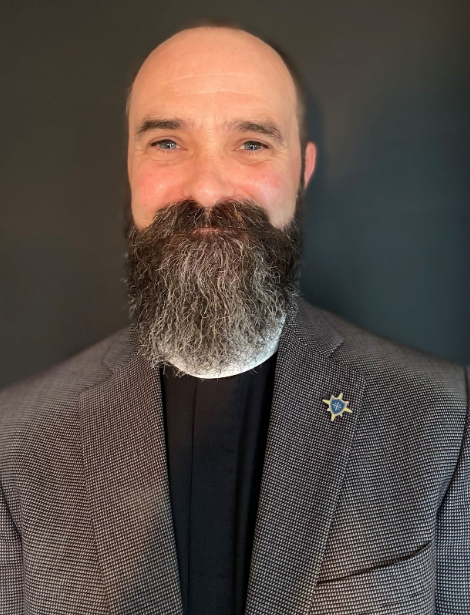 Mark was born near Buffalo, New York, but grew up in Palm Coast, Florida. He received his Bachelor of Science from Florida State University and his Master of Divinity from Trinity School for Ministry in Ambridge, Pennsylvania. After serving as an Associate Priest for three years at an Episcopal Church in Midland, Texas, Mark moved to Jacksonville to be the Senior Pastor of Epiphany Episcopal Church. While leading that church through revitalization, he also moved the church into what has become the Anglican Church of North America. After 14 years in that church, Mark is now the Director of Church Revitalization and Coaching for the American Anglican Council serving the Anglican Church in North America by both equipping local congregations and developing clergy leaders to better fulfill Great Commission in our times. He also serves a similar role as the Canon for Congregational Health for the Gulf Atlantic Diocese based in Jacksonville, Florida. Mark is married to his best friend, Ame, has three children from 28 to 18, and one grandson.